Skip to content Skip to main menu
Home › Music › Funeral for a Friend and AOL Noisecreep.com to Debut New Track ‘Spinning Over the Island’ Today 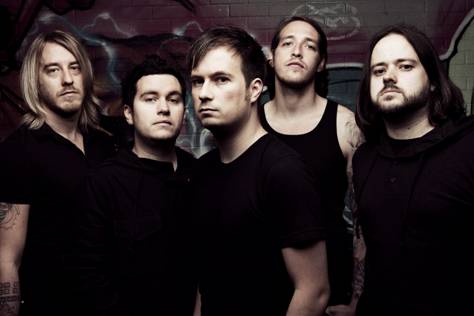 Welsh post-hardcore kings FUNERAL FOR A FRIEND and AOL’s Noisecreep.com are pleased to debut a brand new track entitled, ‘Spinning Over the Island’, cut from their upcoming full length release Welcome Home Armageddon, set to hit stores stateside on March 15th, 2011. Head to this link to hear the track! Fans can pre-orderthe new album at the Good Fight Music merch store. The band just released their new video for the single ‘Sixteen’, and it can be viewed at BlankTV, here.

Welcome Home Armageddon will be released on the band’s new label, GOOD FIGHT MUSIC, and will reconnect them with the original label team that released the band’s first two major pieces of music, Seven Ways to Scream Your Name EP (2003), and Casually Dressed & Deep in Conversation (2003). This is their first offering of music since 2008’s Memory and Humanity, and promises to be a new musical direction for the band.

For more information on FUNERAL FOR A FRIEND, please visit these websites: