Skip to content Skip to main menu
Home › Music › I AM ABOMINATION to Release New Digital EP, ‘Passion Of The Heist’. 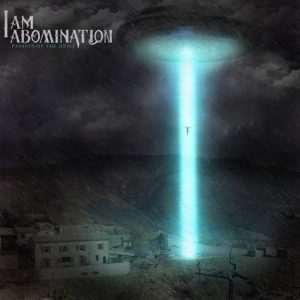 Taylor, MI’s I AM ABOMINATION is pleased to announce the upcoming release of their brand new digital EP, Passion Of The Heist, on July 19th, 2011. The digital EP is being released by GOOD FIGHT MUSIC, the same label that released I AM ABOMINATION’s first critically acclaimed full-length album, To Our Forefathers. A new single from the digital EP will be released via the band’s official Facebook page on June 8th. Stay tuned for further announcements about this debut.

“We’ve had such an amazing time putting hard work into this album, and we can’t wait for people to hear it,” states vocalist Phil Druyor. Guitarist Nick Sampson adds, “This is the first time we’ve ever sat down to write an album with no outside opinion, and it turned out awesome.”

I AM ABOMINATION’s first full length album, To Our Forefathers, can be purchased on iTunes here.

For more information on I AM ABOMINATION, please visit these sites:

One comment on “I AM ABOMINATION to Release New Digital EP, ‘Passion Of The Heist’.”