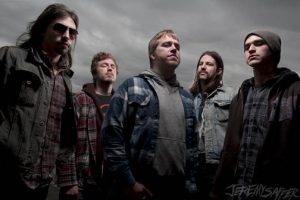 A LIFE ONCE LOST is pleased to announce their brand new endorsement with Warwick/Framus International. Framus and Warwick are known worldwide for their excellently crafted guitars and basses. Framus guitars and Warwick basses are used by several of today’s biggest artists in hard rock and heavy metal, as well as numerous other genres.

“Framus is a perfect match for our sound,” states guitarist Bobby Carpenter. “We have been playing live and recording with Framus guitars for years and are excited to be working with our friends over at Warwick/Framus.”

“We at Warwick and Framus are thrilled to have A LIFE ONCE LOST on our growing roster of US endorsers,” adds Warwick/Framus US Artist Relations Manager Christopher Kunitz. “ALOL is an extremely talented and hard working band, and we are so glad we are working together with them to bring the message of our sonic quality and European craftsmanship to the world at large.  They are a great group of guys and we couldn’t be happier they have chosen Framus and Warwick instruments and amplifiers as their weapons of choice.”

A LIFE ONCE LOST is also pleased to announce the addition of a new drummer to their ranks. After the departure of previous drummer Justin Graves earlier this year, the band auditioned several drummers and landed upon fellow Philadelphia resident Jordan Crouse.

“I’m stoked to be joining up with A LIFE ONCE LOST,” affirms Jordan. “Performing at New England Metal and Hardcore Festival two weeks ago was definitely a great experience and I’m looking forward to touring and working on the new record due out later this year.”

The band is currently finishing their follow up to 2007’s Iron Gag. Paul Romano (Mastodon, Trivium, The Red Chord), designer of the album art for previous A LIFE ONCE LOST records Hunter and Iron Gag, is confirmed to illustrate the album art. The band is looking forward to releasing the upcoming record during the fall of 2011 on their new label, Season of Mist. Season of Mist is home to many other impressive international acts such as Atheist, Cynic, Dillinger Escape Plan, Kylesa, Mayhem, Morbid Angel, and Watain.

For more information on A LIFE ONCE LOST please visit: