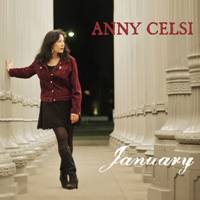 “These are pop songs for which the phrase ‘perfect pop song’ was invented.” – Freddy Celis, Rootstime

“Fans of Aimee Mann, Lucinda Williams, Suzanne Vega and Jackie DeShannon will find much to enjoy … the tracks on January turn back the clock to a time when pop music was taken seriously” – Kevin Mathews, Today Online

“Anny Celsi…has been churning out first-class handmade music with songs that run deep enough to appeal to the folk & roots crowd while the arrangements are a far cry from morose traditionalism.  With her mellifluous, well-tempered voice with a subtle hint of melancholia, Celsi draws us in while her poetic lyrics touch upon travel experiences, relationships and personal matters…What I’m trying to say: Anny Celsi is an original artist with a unique sound.”  – Chill@Blue Rose