Skip to content Skip to main menu
Home › music related › Pete Krebs needs our help. with update from Birdie.
Here is an update from pete’s wife Birdie.
Pete still needs our help so here is a link to the Jeremy Wilson Foundation Pete Krebs Grant Fund.
A fixture in the Portland music scene for the past twenty years, singer/guitarist Pete Krebs has been diagnosed with a rare form of cancer, desmoplastic melanoma. It is known to appear in the head and neck regions of individuals with sun-damaged skin. Pete’s doctors have determined the extent of his illness to be at Stage II, which means that (for now) the cancer appears to be localized. Because this form of cancer does not respond to chemo or radiation therapies, surgery is the only alternative. In an effort to quell the advance and to ascertain the extent of the disease, tissue in his neck is to be removed and a biopsy is due to be performed. 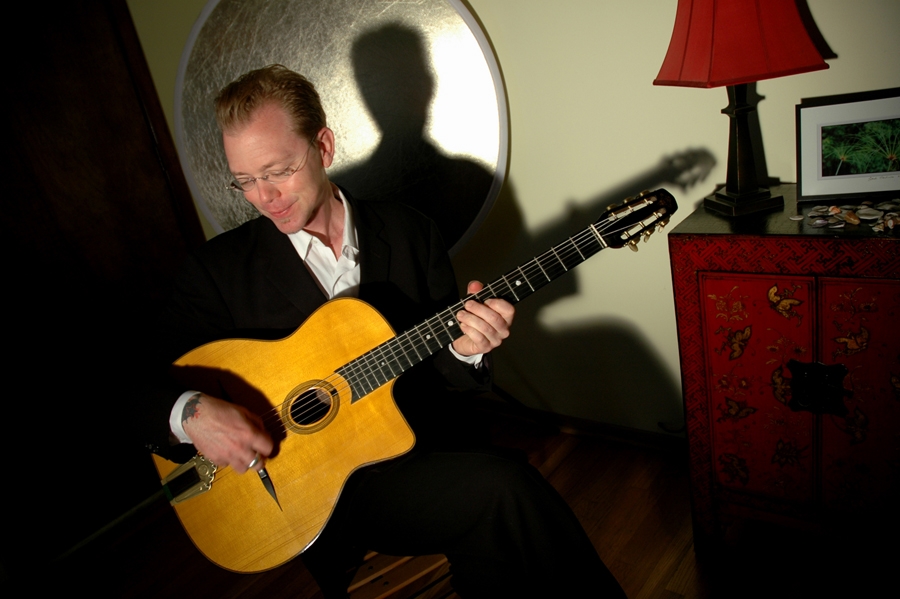 Pete Krebs first appeared on the local radar screen in 1992 with Hazel—one of Portland’s most influential alternative bands. Since Hazel’s disbanding in 1997, Pete has explored a variety of musical styles with bands such as Golden Delicious, Gossamer Wings, Kung Pao Chickens, Stolen Sweets and Pete Krebs and the Portland Playboys.
For the past several years, Pete has been working full time as a musician, while his wife Rebecca attends grad school. Together they were buying a house, which they are now forced to sell in order to contend with the mounting medical bills. The family is already experiencing severe financial strain and they haven’t even received a diagnosis for Pete’s illness yet.
It is in times such as these when all of us within the local community need to pull together to help a fellow musician in dire straits. Anyone who remembers the plight of Billy Rancher can certainly sympathize with the position that Pete Krebs and his family are in.
Those interested in contributing to Pete Krebs’ cause, should click here:
http://www.payitsquare.com/collect-page/9996
All of us wish Pete a rapid and complete recovery.