On Tour in Canada Now! 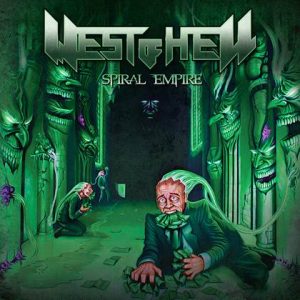 Vancouver, BC natives WEST OF HELL and GuitarWorld.com are teaming up to unveil the brand newmusic video trailer for the band’s track, ‘Water of Sorcery’, cut from their new album, Spiral Empire.

Spiral Empire was released on May 8, 2012 and is available for purchase now at iTunes, Amazon, and other digital retailers, or with a free digital download if purchased at www.reversedrecords.com/estore.html. Head over to GuitarWorld.com to check out the trailer for ‘Water of Sorcery’ now and get a visual taste of the new album!

WEST OF HELL is currently on the road in Canada! See below for all currently confirmed dates.

WEST OF HELL is:

For more information about WEST OF HELL, please visit these websites: