Skip to content Skip to main menu
Home › music related › The Slants battle with U.S. Patent and Trademark Office over the Group’s name 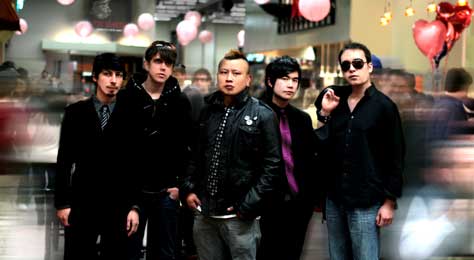 Portland, Oregon-based Asian American dance-rock band The Slants’ trademark application for their name, “The Slants” has been rejected by the United States Patent and Trademark Office on the grounds that the term is deemed to be disparaging to persons of Asian descent and not sufficiently embraced by the Asian Pacific Islander (API) community. The dispute began last year and now the band is preparing for an appeal of the decision.

The decision was reached by the Trademark Office despite evidence filed by the band’s attorney, which included numerous articles by the Asian American media supporting The Slants, the band’s involvement with dozens of API cultural festivals and non-profit organizations, and legal declarations from several well-respected leaders of the API community.

Spencer Trowbridge of McNamer and Company, the law firm representing The Slants, says that “this is a case where the government is making a decision about how members of a minority group can define themselves. The U.S. Government shouldn’t be in the business of making those kinds of decisions. The determination of whether a specific term or phrase is disparaging can only be made from the point of view of the referenced minority group.”

The band has made a name for themselves through playing hundreds of rock clubs, anime conventions, and Asian American cultural festivals across the country. In addition, the band is widely known as an advocate for Asian American rights, being involved with numerous API organizations and charities. The Slants have travelled throughout North America presenting racial justice workshops, inspiring youth to reconsider stereotypes of Asian Americans, and to take pride in their cultural heritage. They’ve been featured and supported by the largest Asian American media figures and press in the country, including Asian Week, angryasianman.com, the Asian Reporter, Koream Magazine, and many more.

The Trademark Office responded to the Asian media attention on the band by stating that though the aims of the band “may be laudable… rarely does an article introduce the band without commenting on the controversial nature of the band’s name.” Elsewhere in the rejection the office cited examples from wiki-articles as evidence that the name belittles the Asian American community.

“What they don’t understand,” writes The Slants’ manager Simon Tam,” is that the community is demonstrating their support for our efforts by promoting the band to begin with. It seems that they consider the weight of anonymous wiki-sites to be of greater importance than the voice of the Asian American community itself.”

Rev. Joseph Santos-Lyons, a coordinator for the Asian Pacific Network of Oregon and longtime policy advocate for the API community, states that “the use of the name The Slants by the musical group of that name does not disparage or offend the Asian and Pacific Islander community, both because of the explicit claiming of the term in a collective sense and because of the obscure nature of the term as a racial epitaph. The reclaiming of an obscure term that has been used to discriminate has a constructive impact when used by a group that also self-identifies as Asian and/or Pacific Islander.”

“As a Japanese-American, and lifelong activist within the Asian American community, I do not consider The Slants’ use of their name disparaging,” writes community leader Mari Watanabe. She continues, “The name is being used in a self-referential manner, carrying a message that promotes Asian culture. This use does not disparage Asian identity; it celebrates it.”

The band also cited numerous cases of other Asian Americans using the term in a manner accepted by the API community at large such as The Slant Film Festival, a documentary of Hollywood racism entitled “The Slanted Screen,” Chicago Asian American TV show “The Slant,” and popular Asian magazine, “Slanted,” when filing their response to the initial rejection of the mark. In response, the Trademark Office simply replied that The Slants’ “arguments have been considered but are found unpersuasive.”

The band is currently working with their attorney on preparing an appeal and seeking help from individuals or organizations who would like to assist. Interested parties should contact Simon Tam at theslants@theslants.com