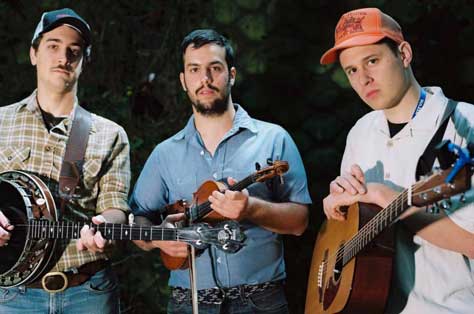 No Depression said of Portland, Oregon-based Water Tower Bucket Boys and their forthcoming national release, “Sole Kitchen,” that it has a “…harder edge than any folk album you’re likely to hear this year… they’ve adopted the intensity of rock and punk and channeled it into their songs and tunes. But they still love their roots and can’t go through a set without throwing in an old-time ballad or a bluegrass song… Their far-ranging influences enable them to see the common ground between folk, rock, punk and even jazz, and they draw from this common ground to create their unique sound.” 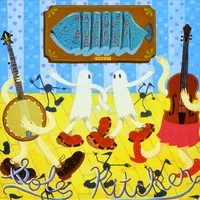 The band will be releasing “Sole Kitchen” via brick and mortar distribution, their first album to be nationally distributed to retail, on April 26, 2011.

Having performed on radio shows such as BBC, NPR, and RTE, and sharing the stage with acts as diverse as Old Crown Medicine Show, Mumford and Sons, Wilco, The Red Stick Ramblers, Pokey LaFarge and the South City Three, and Woody Pines, the Water Tower Bucket Boys have honed their skills (and sound) to win over an eclectic array of audiences.

“Old Crow Medicine Show, who we are big fans of and have influenced us a lot, have been instrumental in our career,” states one of the band’s multi-instrumentalists/co-vocalist Kenny Feinstein.  “Gill Landry [from Old Crow Medicine Show] gave us an exact busking route from North Carolina back to Oregon that we followed town for town, bar for bar.  He is known as the king of busking in our circle and we were grateful for this ‘secret’ route.  He taught us about little bars in tiny towns that would profit well for us.  Every turn on Gill’s map was an exciting and fruitful venture.”

Busking is how Water Tower Bucket Boys got their start, playing traditional, old-time music and bluegrass on street corners up and down the west coast, before progressing to square dances and bluegrass festivals.

After several trips to Europe and back, and being introduced and influenced by many other bands, including Velvet Underground, cajun culture and music, Chuck Ragan/Hot Water Music (Ragan hand-picked the band to perform on a leg of last year’s Revival Tour), Mumford and Sons, Wilco, and even electronic music (even if it doesn’t reflect in their music), Water Tower Bucket Boys sought to expand their sound even further, incorporate more of their current listening tastes into the music, and the result is “Sole Kitchen.”

“Water Tower is about trying to defy definition,” says banjo/guitarist and co-vocalist Cory Goldman.  “We’ve been shifting around stylistically as long as we’ve been a band and are continuing to evolve.  Its about being true to our roots but also not being afraid to experiment and push forward.”

Meeting Mike Herrera through a friend, they eventually met up with him at a Tumbledown show, gave him a copy of some of their music, and a dialogue began.  Soon the band found themselves in Bremerton, Washington, for a weekend, recording at Herrera’s studio what would become “Sole Kitchen.”

Tracking and mixing in a whirlwind two days, the band recorded the entire record one day (sans a few overdubs the next), setting up a few mics and doing what they do best: playing live.

“Our sound is loosely based in the traditions of old time, bluegrass, punk rock, blues, Cajun, and country,” explains Josh Rabie, the band’s third multi-instrumentalist and co-vocalist.  “We pride ourselves on tight, three-part harmonies and powerful instrumentals.  And, when we were recording with Mike, we really just wanted to capture all that energy on record.  I think we accomplished it.”

Adds Goldman, “‘Sole Kitchen’ was really just our first step in a new direction, trying to redefine the nature of the band beyond just rocking out tunes and songs.  I really feel like its our first album all over again in a way, our first one done in a professional studio and our first one where we are really putting all our skills out there.  It’s about opening the door to the next new thing!”

One of the album’s high points is “Heaven,” one of the first tracks the band ever decided to have drums on, and the song that inspired them to decide to incorporate drums on future songs and recordings.

Other album highs include “Telegraph,” a song that chronicles a true night the band experienced in Berkeley, California after purchasing acid from a punk on the street while busking.  “Blackbird Pickin’ At A Squirrel,” a song that showcases the band’s instrument versatility and musical style and “Goatheads,” a number about one of the members blacking out while on tour are two more album highs.  As is “Numb,” a song that tackles the problem of addictive behavior.

“Our goals with ‘Sole Kitchen’ are to reach people who have never enjoyed the banjo, mandolin, or fiddle. To bring songs that are relevant in today’s social climate while maintaining their roots,” comments Feinstein.